Left East Moline before 8am, after coffee and sandwich at the Dead Poet’s Espresso. “Shot a rapids” with the MikoMan!! (Video posted on my Facebook page)

Met a couple, Scott and Kelly, from Bellingham WA on a pontoon boat. They started about the same day we did near the River Heights Marina where we started. They are also heading for Mobile. AL with a 15 HP motor!! We have seen them several times over the last few days.

Again, much more industrial now along the River. 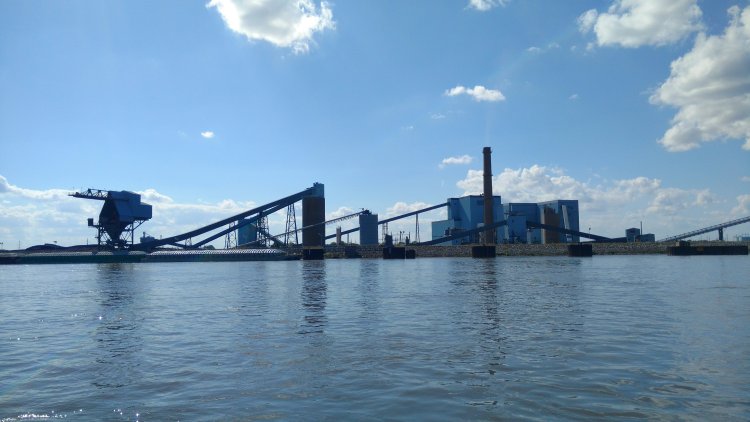 Have seen many Monarch butterflies heading south down the River. Usually alone, flitting and then gliding at 8-9 mph. Amazing!!

Arrive at Lock 17. One barge going through in our direction downstream, with two more backed up and waiting, with two more waiting to come upstream. They have priority and it takes an hour or more for each one.

I radioed the Lock Master requesting lock through. I was amazed when he responded that he would have the Lock ready for MikoMan as soon as the barge cleared!! 20 minutes instead of six hours – THANK YOU Lock 17!!

Stumbled onto a “dock” at New Boston, IL. It was adjacent to Sturgeon Bay RV Park.

I took a stroll into the park and ran into the unofficial caretaker who asked if I needed help or the key code for the shower/rest room building. I said sure! I asked if it was ok for us to park the boat where we did for the night? He said sure, that one of his brothers was Mayor and one Police Chief, and to make sure we were good, he introduced me to one of the town’s alderman who had just driven up. 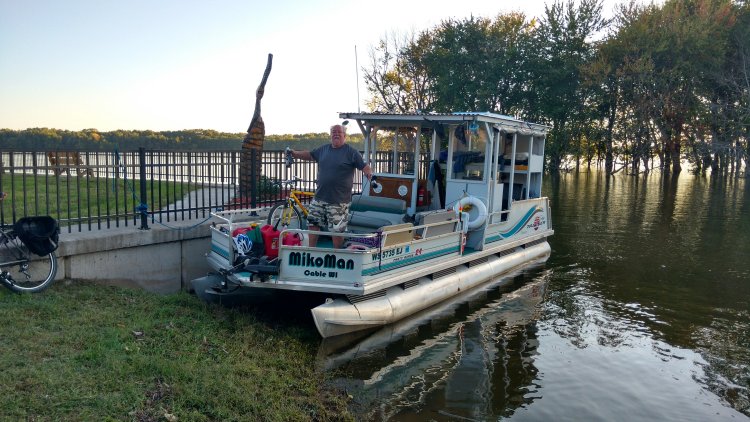 OB cooking dinner on the MikoMan. 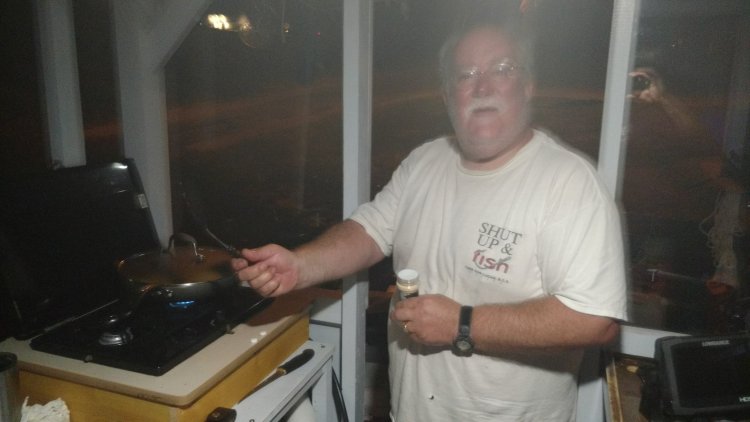 It was a fine night in New Boston.